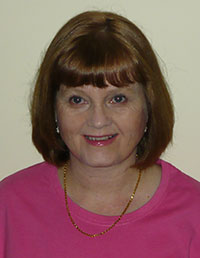 In August of 2004, following a routine vaginal hysterectomy, I was left with the most horrendous chronic pelvic pain. A pain so excruciating, sitting was not an option. I can only describe the pain as that of a foreign body such as crushed glass needling away at my insides. Extremely painful genitalia and rectum, was my worst nightmare, and my buttocks, thighs and lower back felt as though I’d suffered a severe whipping or scalding.

To my horror, my gynaecologist had no idea what was wrong with me. This was to be the start of a very long and painful search for answers to my problem. Unable to return to work, and struggling to do the slightest of household chores, I was passed from doctor to doctor. Numerous tests proved futile, as no-one could find an answer to my problem. Destined to a life of anti-depressants and opiate drugs, I set about researching my symptoms. This took me to a few websites, which led me to believe that my condition was known as Pudendal Neuralgia, a condition most doctors known nothing about.

I was very disheartened to learn I’d have to travel to the USA, or France, to seek treatment for this intolerable pain as it is a very difficult condition to treat and often proves extremely frustrating for both patient and the medical profession. Most doctors refer their patients to a psychologist or psychiatrist to help deal with the pain.

After numerous doctors’ visits, I consulted with Dr. Tim Pavy ( King Edward Memorial Hospital, Subiaco, Perth) who was the first doctor to listen to what I had to say, and take into consideration the information I had discovered through the internet about pudendal neuralgia. (Most doctors will not accept information generated from the internet) From there we learned of a gynaecologist in Sydney (Prof. Thierry Vancaillie) who was using Botox for pelvic pain. I traveled to Sydney where I had Botox injected to my severely spasmed pelvic floor muscles. It was the beginning of many visits to Sydney as I had pain relief for up to 5 weeks at a time following Botox. However, after almost 2 years of these treatments, it was decided that I would go to France to consult with Dr. Eric Bautrant, a gynaecologist who specialises in pudendal nerve entrapment. (I had information about Dr. Bautrant from the PN websites)

In June 2007 my husband and I along with Prof. Vancaillie arrived in Aix En Provence, France. I underwent a surgical procedure to release a severely trapped pudendal nerve. (This nerve is both a motor and sensory nerve. It plays a major role in the function of the bladder and bowel and also supplies feeling to the genitals and rectum.) Not only was I in tremendous pain but I had a slow urine flow, incontinence and chronic constipation. The French team of surgeons has been treating people with this condition for a long time, but nothing similar was being done in Australia.

Five weeks later I arrived back home in Perth, very sore and exhausted from the long journey. I had been told it could take from 1 – 2 years to recover, but after 1 year, I was doing extremely well. Although still in pain, the intensity of that pain had reduced quite significantly and I was able to return to work on a part time basis. With ongoing pelvic floor physiotherapy and pain management I slowly began to regain my life.

I didn’t ever give up hope that I would find those doctors who helped me and that this horrendous pain could be brought to a tolerable level. I was able to reduce my medication over time and now take only Lyrica (for neuropathic pain) at night. No more anti-depressants and opioids.

We have now established HOPE (Health Organisation for Pudendal Education) – www.pudendalhope.org – to assist others with information regarding this chronic condition.

I am by no means cured but my pain levels and fitness are a good 90% better. I don’t know if I’ll remain in pain for the rest of my life but the pain that does remain I can cope with. I do my best to get on with life and most days I don’t think about the pain very much. Sitting for long periods still causes discomfort but is bearable.

The best news is that Prof. Vancaillie has initiated a clinic in Sydney specifically for pudendal nerve pathology- the first of its kind in Australia. Through HOPE, I will endeavour to raise awareness of pudendal neuralgia, and I look forward to working with the directors to continue the amazing work this organisation has done so far. At the time of posting this story I am now 5 years post op and doing much better. Pain levels are low 1-2/10 most days and NO bladder or bowel dysfunction whatsoever. I don’t regret traveling to France for PNE surgery.

It has been a long, painful recovery but the bad days are now behind me.

As a result of my experience I’m now studying psychology at Curtin University WA.