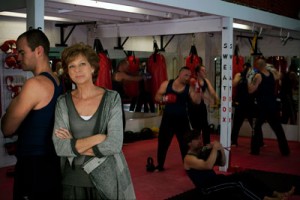 One in two men over fifty has erectile dysfunction, with many dealing suddenly with the problem following prostate cancer treatment. This means growing numbers of couples are coping with stressful emotions triggered by a man’s faltering sexual prowess. Bettina conducted research on older men and erections, with couples keeping diaries to show what happens when a man starts having trouble with his equipment. The diarists recorded the interaction between the couples when men use the new drugs such as Viagra, Cialis, Levitra and Caverject. These can be miraculous treatments yet there’s a mystery – almost a half of all men who start taking these drugs give up on them. How much of the problem is women’s indifference to the rejuvenated penis? Bettina’s earlier research showed many men flying high on their new lease of sexual life are brought swiftly to earth by sexually disinterested partners.  There are many women who are delighted that their men are being forced to hang up their spurs – women who are not at all happy about this miraculous rejuvenated penis. Bettina’s book, What Men Want, includes five chapters on erectile dysfunction – with detailed information on all the new treatments, the impact of prostate cancer treatments on sexual functioning, penile rehabilitation, and fascinating diaries recording men and women’s feelings and reactions.
Click to download the first chapter of What Men Want.
BUY NOW

Here’s a selection of material to help couples dealing with these issues.