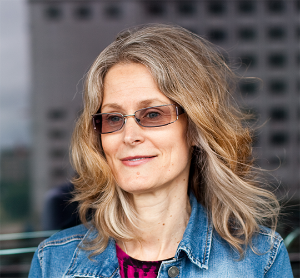 A few weeks ago I blogged about my excitement that the Trump administration was finally introducing changes to the Title IX rules responsible for the kangaroo courts on American campuses. With universities having lost hundreds of legal cases and receiving widespread condemnation from judges for failure to protect the due process rights of the accused, we were very hopeful that Education Secretary Betsy DeVos would announce major reforms.

You’d certainly have the impression she’s done that, with feminists running around like headless chickens after the new regulations were released, and most mainstream media pushing their alarmist line. “Will the Trump Administration’s New Sexual Assault Rules Hurt Survivors?” asked a typical New York Times opinion piece.

What a joke. It was only when I listened to Janice Fiamengo who has spent the last two weeks wading through the 2000-page report released by DeVos, that I realised we’d been had.

I am sure most of you know Janice’s work. She’s one of the world’s best known and most admired advocates for men. Formerly a professor of English at Ottawa, Janice is now retired from academia and living in Vancouver. She’s been speaking out for many years about men’s issues, most importantly through her YouTube videos – The Fiamengo Files.

Her most recent videos have dissected the Title IX changes in detail, starting with the extraordinary speech given by DeVos to announce the new rules. DeVos talks about “campus scourge” of sexual assault – buying into feminist rhetoric about a rape crisis, ignoring the abundant data showing mercifully low figures for such crimes. How appalling to hear the Education Secretary pronouncing that “sexual offences are about power and control” – ludicrous ideological  claptrap which is all about shafting men and denying women’s role in the messy, often drunken sexual hook-ups that comprise so many of these cases.

All this after months of meetings and submissions where DeVos attracted flak for talking with men’s rights groups and accused men who had won law suits against universities. She claimed to have consulted all sides but, in the end, she sold out.

DeVos’s speech was bad enough but, as Janice makes clear in her recent videos, the detail of the announced changes are hugely disappointing.

Naturally, I was very keen to have a proper conversation with Janice about all this, particularly since she’s one of the very few people exposing the truth about the Title IX changes. Here’s the video of our discussion.

Here, in brief, are some of the points Janice makes about these pathetic “reforms”:

Yes, there are some positive changes. The accused now has a right to a lawyer, must be given a written statement of charges against him and the person who investigates the allegation is now separate from the person who makes the determination. Plus there is a new right to live hearings where accusers can be cross-examined by a third party.

But these are trivial given the bias and unfairness that will continue to pervade this tribunal system. And as Janice Fiamengo points out, the risk now is that the system will be perceived as providing fair treatment making it even harder for falsely accused young men to receive justice in the courts.