Over the last few years Bettina has been speaking out about the rape crisis scare campaign on our campuses. She was the only journalist in mainstream media to point out that the 2017 Human Rights Commission survey revealed remarkably good news about our campuses, with only tiny numbers of students reporting sexual assault, even when that was defined in the broadest possible terms i.e. including a stranger touching a student on a train to the university.. The NSW Bureau of Crime Statistics has shown universities are 100 times safer for young women than the rest of the community. Bettina is appalled that our universities are kowtowing to a small group of feminist activists and agreeing to lie about the safety of our universities for young women – risking deterring overseas families from sending their daughters to study in this country.

What’s behind the campus rape campaign?

What really concerns her is the motive behind the activists’ campaign. These feminists are unhappy about the fact that juries rarely convict in “he-said, she-said” date rape cases when they don’t know whom to believe. Their aim is to get more rape convictions by persuading universities to get involved in adjudicating sexual assault cases using lower standards of proof and by failing to offer the accused normal legal protections – as has happened in America. Here’s an article published in the online journal Quillette about what happened in the US and the implications for Australian Universities. And another from Quadrant magazine.

Some Australian universities are already moving in this direction. Here is a list of universities that have introduced new regulations to investigate and adjudicate sexual assault on campus. 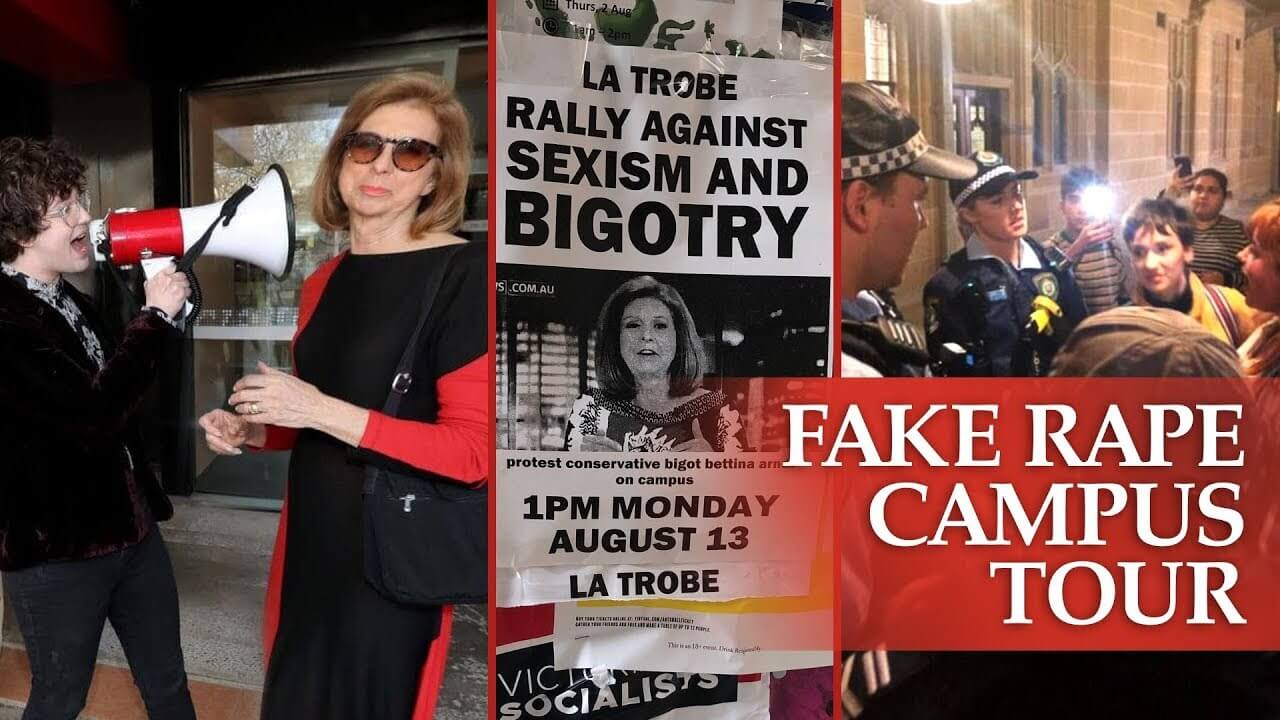 For the past year Bettina has been speaking to student groups at universities across Australia, seeking to promote honest discussion about this issue and expose the reasons why activists are promoting such untruths about student safety.

Here is her video outlining the major events which have happened so far. And this is a recent update. Her first campus talk took place at La Trobe University in September 2018, after initially being banned by university administrators who claimed it clashed with the values of the university. After some negotiation, the university revised their decision and event went ahead, despite noisy protesters doing their best to drown out Bettina’s talk. 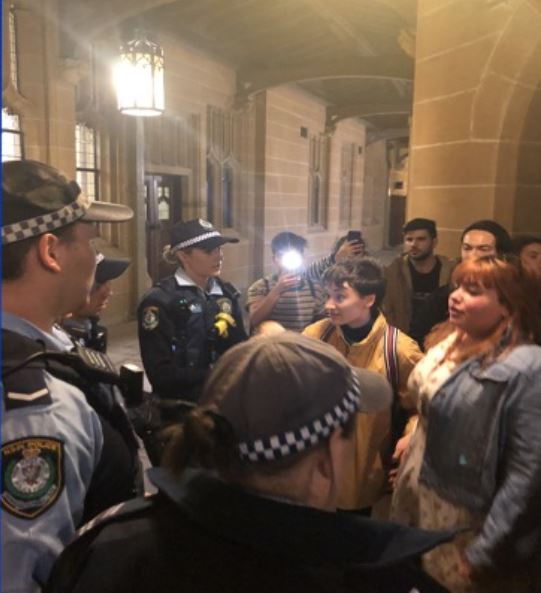 But at her second talk, at University of Sydney demonstrators took things to a different level. The student group which sponsored her talk were required to pay nearly $500 in security charges to obtain a venue and then these guards were overwhelmed by unruly protesters who blocked the corridor leading to the venue preventing most of the audience from attending the event. Members of the audience were threatened, physically jostled, some even flung against walls by the aggressive crowd prior to the riot squad being called in by security to control the protesters before Bettina’s talk could go ahead. 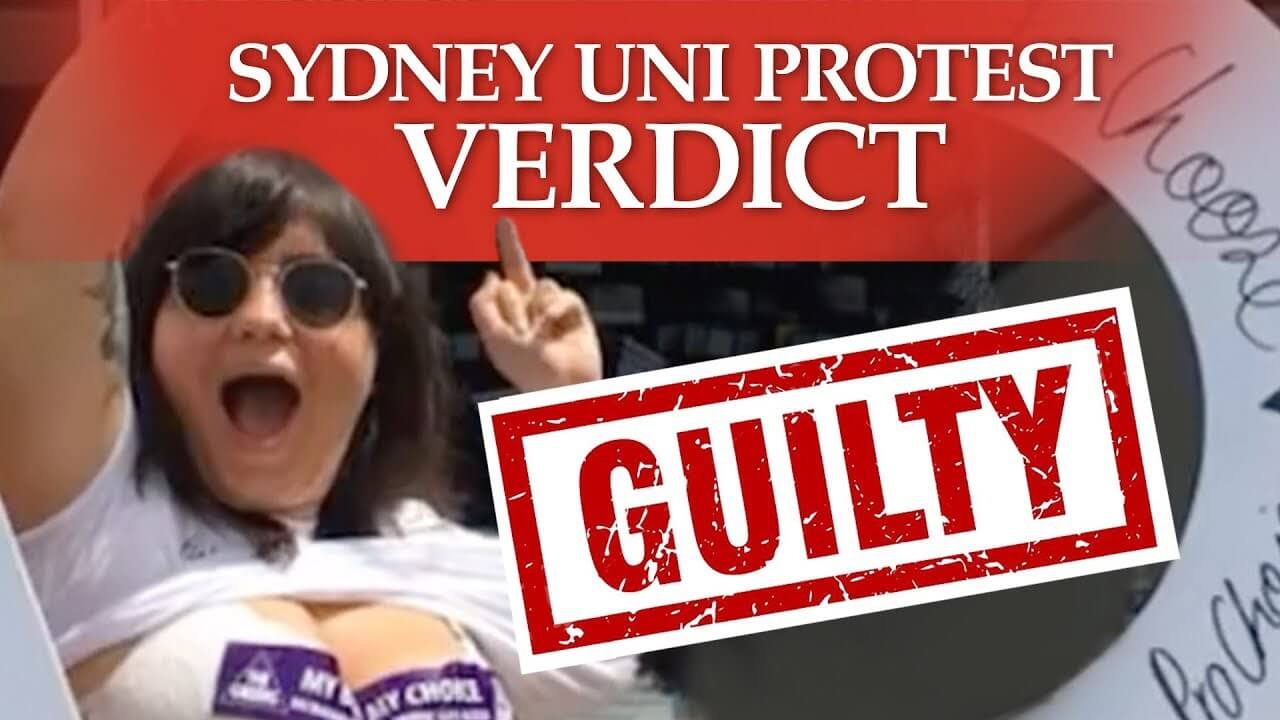 Following 8 months of investigation, the University finally took disciplinary action against the key organiser of the protest – Maddy Ward. See the video announcing this decision. When this video was made we were misled by the poorly worded communication from the University and thought four students were to be punished but we have now discovered that only Ward was charged with misconduct, leading to a one semester suspension from her studies. Ward has always proudly taken ownership of the protest, but is now complaining about “weaponising the university codes of conduct against her”. That’s pretty funny because it was the authoritarian left that insisted on regulating behaviour on campus – but they don’t like being on the receiving end.

Soon after the Sydney protest, the Federal Government set up an inquiry into free speech at our campuses. The French enquiry recommended a voluntary code of conduct to promote free speech and Education Minister Dan Tehan urged universities to come on board, with some positive results. Many universities agreed to implement new free speech codes but it remains to be seen how effective these will be.

Truth blitz at University of Sydney

Meanwhile Bettina is taking further action to alert male students to the dangers posed by the move to adjudicate rape on campuses. In late February 2019, Bettina organised a ‘Truth Blitz’ at the University. She used students from other universities to put under student doors at most colleges a very detailed flyer warning male students about the dangerous consequences of the rape crisis scare campaign- namely the establishment of an alternative ‘believe-the-victim’ justice system based on a lower standard of proof. She also wrote to all members of the University of Sydney Senate providing evidence about the dangers this move poses for the university.

The student activists are working hard to prevent Bettina speaking on campuses. The National Union of Students has passed a resolution to stop her speaking and is funding protests against her. This is intimidating many student groups from hosting her events, but earlier this year she staged her own event at UWA, which was sold-out due to the mighty efforts of her group of volunteers. But no protesters showed up – a dreadful waste of the $350 the university forced her to pay for extra security guards. Her most recent talk was at UNSW in Sydney in September, where she found herself surrounded by police and security officers who outnumbered the tiny group of feminist agitators. Here are the demonstrators in action – talk about a passionless protest! She’s planning further speaking events at campuses across Australia. Please contact her if you would like to arrange speaking events at a university, either involving a student group or staff, alumni groups etc.

You might also like to support the crowd-funder raising money for expenses involved in her travel and costs for extra security, printing of flyers. Bettina is delighted by the widespread support she is now receiving from people all over Australia who are concerned about this issue. 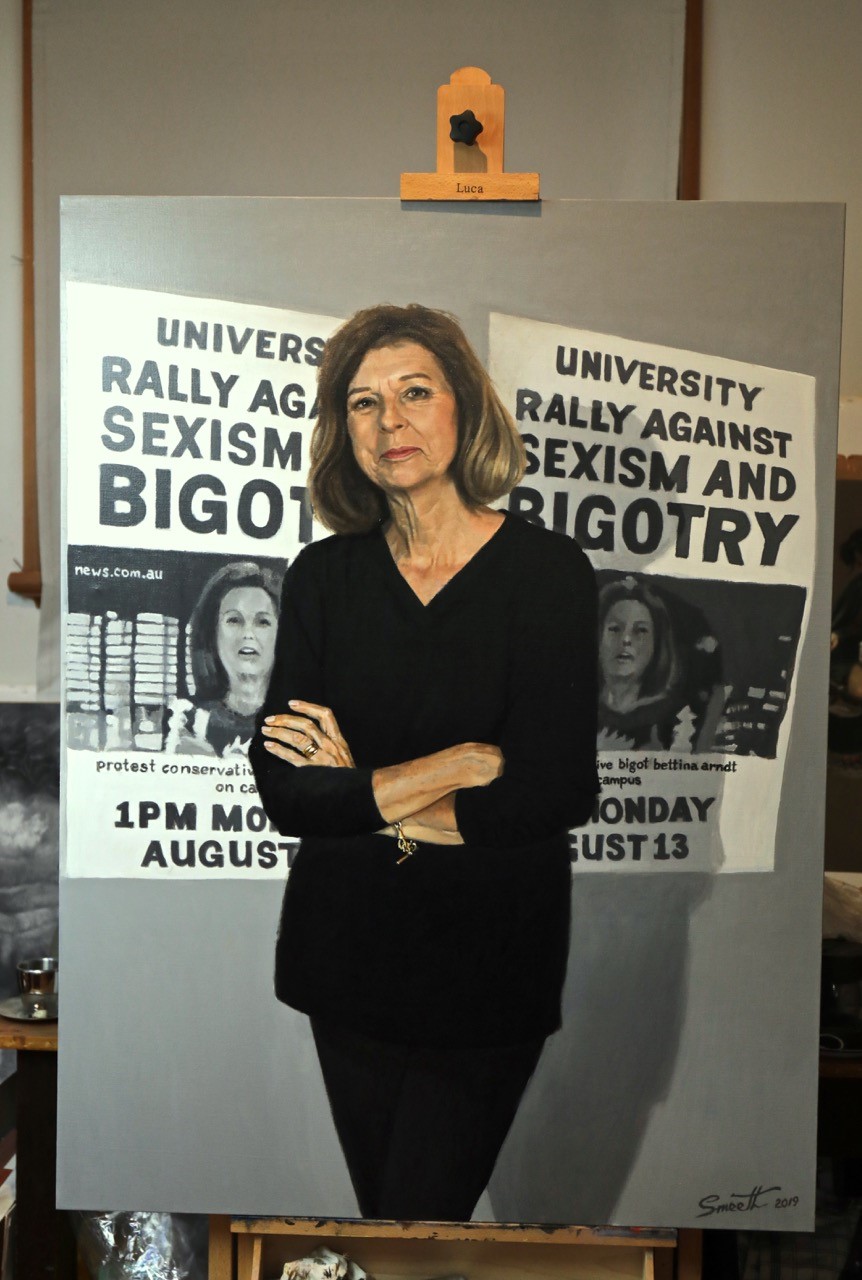 Renowned NSW Central Coast artist Peter Smeeth has just painted a portrait celebrating Bettina’s campus tour – to be entered into various portrait competitions. We feel he has done a brilliant job capturing the challenge Bettina is facing in telling the truth about this critical issue in the face of hostility from feminist activists keen to silence her.

She spoke at Macquarie University late last year and is arranging her next talk, planned for UNSW in September. She’s planning further speaking events at campuses across Australia. Please contact her if you would like to arrange speaking events at a university, either involving a student group or staff, alumni groups etc.